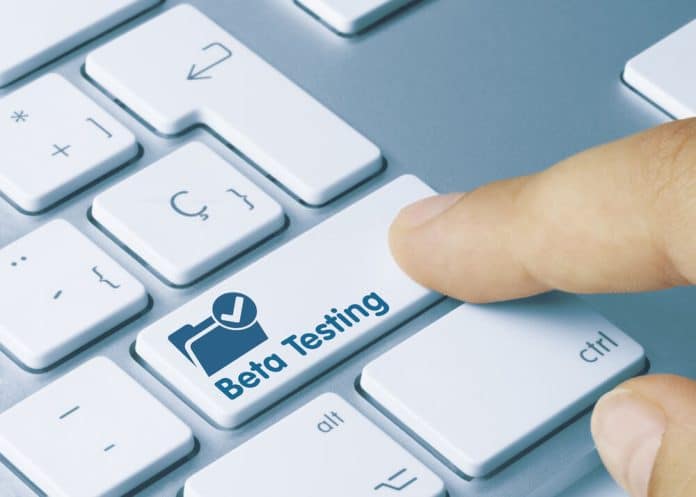 The most important goal when creating an app is that after all the hard work put into its creation, it actually works; and one of the best ways to see just that is by getting feedback from real users. This is where the beta testers come into play.

Beta testing is when developers hand over a finished or nearly finished mobile application to a group of users, usually targeted users, who then use the application and report any malfunctions or trouble they had while using it.

Marketing beta testers are usually influencers who can Meet with your team and brainstorm about what the ideal beta tester persona would be, have they noticed any bugs with user interactions, or are there parts of the interface of the app they want to specifically test. If you have an idea of what you’re looking for in a candidate, it will make the search significantly easier than filling in the blanks along the way.

Email marketing is an important part of your overall marketing strategy, and you should utilize this tool during the build-up to the release of a mobile application and will aid you immensely in your search for beta testers. You’ve more than likely been collecting contact information from interested users throughout the development of your mobile application, and if not it’s never too late to start.

Send out targeted emails to this list, and since they have already signed up to receive information about the launch of your application, there’s a strong chance the email recipients will be interested in your beta testing offer. It helps to offer incentives to prospective beta users, such as personalized gifts, branded products, and gift cards.

There are a number of websites that have assembled lists of technical and marketing beta users. These websites are a great option for companies who have limited email lists or haven’t gathered an email list thus far. UserTesting is an example of a beta user website your team could use in your search efforts. However, going with a website-produced list may become more time-consuming than other options as you’ll need to vet through users to find the ones that fit your target audience. You can be assured that the users found through these websites ought to be engaged and communicative since they did sign up to be a part of the service.

Your team can always reach out to friends, family, or even their local communities to gather beta testers. You could think about joining a class or community group that’s related to your app. For example, if you have a fitness app you could join a gym and see if members of the community there would be interested in beta testing the application. You and your team may even be able to work one-on-one with users, getting their feedback in person rather than online or over the phone. This is an especially great route to take to get a random sample and if your app is something that would be used every day by numerous members of the community.

One of the best parts of social media is how accessible sending and receiving information has become, and one of the most popular ways to do so has become through online groups and forums. Your team can join beta tester groups via Facebook or find beta tester forums via Reddit, and post to find testers for your application. While these groups will most likely attract a broader audience than an email list, the audience will most likely be responsive and good about giving critical feedback because they’re interested in beta testing.

How To Start Trading Cryptocurrency

How to install FliXanity APK For Android [Movie Streaming App]